A Mormon Missionary Question for the 21st Century: Why Live Forever?

Within the current context of pluralism and the failures of ideological empires, the missiology that spurred Christian expansionism in the 19th and early 20th centuries may be stale and impotent going forward. What kind of persuasive missiology will move the hearts and minds of millions in the coming decades?

Using excerpts from his recently published book, Converting the Saints: A Study of American Religious Conflict, we will talk about the early 20th century missionary contestation between Protestants and Mormons to gain a vocabulary for facing competitive activist movements, with a specific focus on their different beliefs in the highest ‘human flourishing’ or ‘ultimate salvation’. We will consider the tendencies within the LDS communities and elsewhere to promote different visions of lasting peace and/or joy: what is ideal? —final convergence, infinite fecundity, both, neither? Mystical or Material Society in Heaven? The question is not very abstract, because just as Jesus prayed, humans tend to make decisions about their social order on earth based on their belief about order as it is in Heaven. Heaven as a model of life may become much more germane again. Missionary work will need to inspire plausible visions of what it might be for the—soul?, self?, society?—to live forever. Transhumanists in particular are working on this issue now with the question: what is the purpose of humanity? If we can extend intelligence and knowledge and life indefinitely, would humans not be like gods? If so, what should they do forever? And can we do it without coercing or killing each other over our competing ideologies? 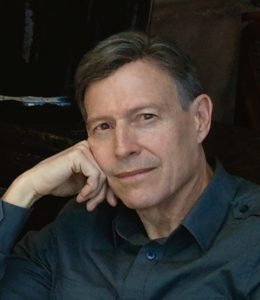 Charles Randall Paul was raised in Short Hills, New Jersey. He graduated from Brigham Young University, majoring in social psychology. He obtained an MBA from Harvard, and then worked as a commercial real estate developer for Trammell Crow Company building over forty projects in the American southwest. In midlife received a Ph.D. from the Committee on Social Thought at the University of Chicago, writing a dissertation on ethical methods for engaging in religious conflict under the readership of David Tracy, Martin Marty, and Harold Bloom.

He is the founder and president of the Foundation for Religious Diplomacy that aims to build trust between religious critics and rivals. He has organized initiatives for dialogue in Egypt and Iran and co-produced a documentary on religious conflict in America. He has lectured in Europe, Russia, the Middle East, Southeast Asia and China. He currently works as co-founder and chairman of The World Table PBC, a software-as-a-service company that has developed a plug-in commenting system for websites desiring civil and honest public conversations.

He serves on the board of Momentum Climbing Gyms, Inc. and is a Cross-Fit and alpine sport enthusiast.

He has served his Mormon religious community in various roles including that of bishop of a student congregation. He and has wife, Jann Waid Paul, currently serve as the young adult directors in their congregation. They have been married for forty-six years.  They have five children and fifteen grandchildren.

Community, Dialogues, Next Up, Think Again

How is the coronavirus connecting you to nature?