Earth Day & Interwoven: Junipers and the Web of Being

We humans are all kin, and in a larger sense, we are kin with all beings on the earth. With the coming of another Earth Day, Think Again participants will dialogue together about our mutual interdependence with the natural world. A group of very close kin who are passionate about the earth (Smart-Rogers-Iversen family members) will guide the discussion.

You’re invited to bring some finger food to share if you wish.

The conversation will begin with some of the writings and experiences of Kristen’s father, Bill Smart as inspiration. We will then explore passages and images from her new book, Interwoven: Junipers and the Web of Being. Interwoven is more than a natural and cultural history of the West’s most ubiquitous tree, it is a meditation on belonging and kinship to the natural world.
Drawing on stories and wisdom from each other, we will reflect on the surprising seen and unseen family connections that bind us to each other and to the world around us. The web of being that connects families extends to other people and, indeed, to all things—even seemingly mundane things as the woody juniper. 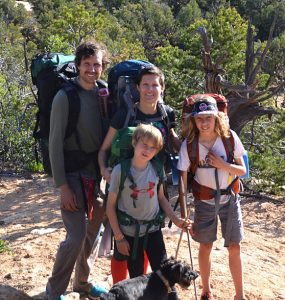 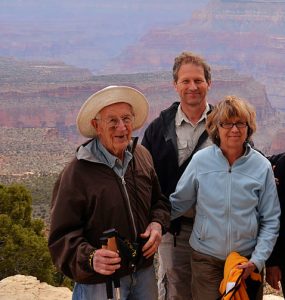 Ed Iversen is a mechanical engineer who designs prosthetic limbs. He also takes photographs, volunteers in a 2nd-grade classroom, keeps bees, climbs obscure ridges and peaks, and is always thinking of some new project.

Bill Smart, father of Kristen and grandfather of Jed, was editor of the Deseret News and influential board member of the Grand Canyon Trust and countless other organizations. He passed away in January, leaving a legacy of passion and defense of nature and particularly the Utah landscape.

Jedediah Rogers is an environmental historian and author of Roads in the Wilderness: Conflict in Canyon Country and co-editor of a forthcoming collection of essays on Mormon environmental history. He is state historian and co-editor of the Utah Historical Quarterly. As an ultra-mountain runner, he spends much of his time way out in the backcountry, connection to the web of life while moving—often quite quickly.

Community, Dialogues, Next Up, Think Again

Pentecost, the Holy Spirit and the Sacred Feminine in a Time of Crises

Read More →
8 MIN READ
Slider photos and all illustrations on this site: ©2018 Jay Griffith. No use permitted without express permission from creator.  Think Again Faith Again name and logo: ©2018 Jay Griffith.
Earth Day & Interwoven: Junipers and the Web of Being | ThinkAgain | FaithAgain